JAMARR (Julatten and Molloy Association of Ratepayers and Residents) was incorporated in 1996 as a progress association.

We have an open membership policy and count over 100 current recipients on our local news mailing list. Our meetings are bi-monthly and normally attract 15-25 attendees. Our members include new and old residents, retired and salaried, business owners and caregivers.

We have full access to the Mount Molloy Memorial Hall (150p capacity) which is in excellent condition and features a certified food kitchen.

The community hall at Geraghty Park (Julatten) is of similarly utility, and it also has a very well-appointed performance stage to boost its profile.

1. To act as an open discussion forum where matters of concern and interest may be voiced and decided upon by democratic process.
2. To represent its members in matters of concern relating to the region of Julatten, Mount Molloy, Mary Farm, and Mt Carbine.
3. To maintain information flow and public consultation between Government, the Community, and other interest groups regarding the needs and expectations of this community.
4. To facilitate and hold funding for appropriate Community Projects.

Meetings are held alternately in Julatten and Mount Molloy, on the second Thursday of alternate months at 7.30pm.

Minutes are distributed to Members. Please join JAMARR using the PayPal link from the front page.

Mount Molloy is a small village in continuous transition. It was founded first as a staging point for Cobb & Co routes to the Palmer goldfields, and later it became a mining centre itself with a grand copper smelter. After copper crashed in 1905, a large sawmill was set up and timber became the town’s mainstay. With the advent of World Heritage protections in the early 80s over the remaining forests, the sawmill closed and many of the old families moved away due to lack of employment. In the past 5 years there has been a modest increase of young people taking up property in the area.

There is a growing realisation that we are now a gateway village: thousands of travellers going to or returning from their Cape York adventure pass through Mount Molloy annually. Among the main reasons these travellers stop is a lovely (free) Council campground at the crossing of Rifle Creek. This is a spot where Indigenous people gathered traditionally, then it was the stagecoach crossing, and now it’s a one-lane highway bridge and camping spot.

The campground attracts up to a hundred visitors each night during the Dry season.

The traditional owners, the Koko Muluridji People, are currently working toward a Native Title determination over the village and surrounding area.

About 35 students are enrolled in the local school which has a strong and diverse arts and culture program. In 2012 the school was nationally recognised as a Stephanie Alexander kitchen garden program recipient.

There is an active Landcare group and the community frequently comes together to discuss shared issues or aspirations.

Julatten is a regional area with a thriving elementary school, first-class pub/restaurant, and incomparable natural beauty in between the canefields and cattle paddocks that help sustain the local economy.

The area was settled gradually through the First World War, survived the depression through hard work in the timber industry and a self-founded dairy operation, and carried on til the Second World War.

Around this time many of the younger generation were called away for service. On returning back to Australia the cities had become so full of energy and opportunity that the rural communities began to wither out.

In the late 70’s a fresh wave of residents came along with the mining boom in Mt Carbine and with the lifestyle movements of that era. By the 80’s Julatten had transformed to a more gentrified landscape with many interesting and highly accomplished residents quietly enjoying their lifestyle properties.09

Was held in Mount Molloy at the 08 April meeting.

Please consider joining the committee, and please make sure your membership details are up to date.

Seen in the region... 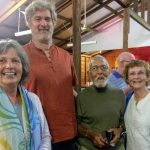 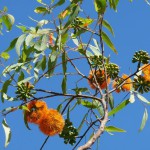 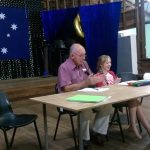 Varsha Rose and her assistant, Mayor Tom Gilmore, acting as Returning Officers at the JAMARR AGM. 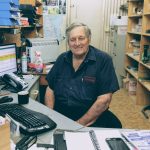 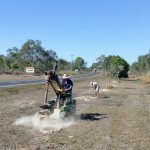 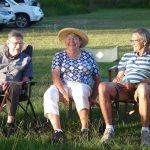 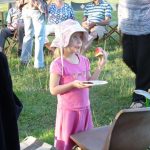 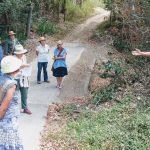 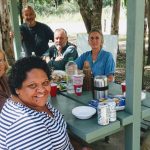 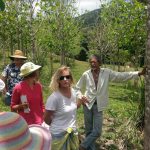 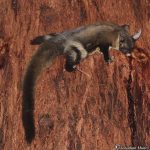 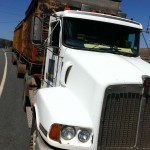 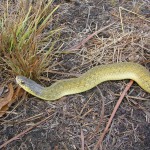 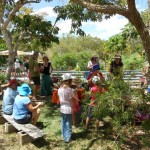 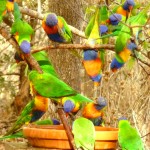 JAMARR was incorporated in 1996 and the Constitution dates from that time.